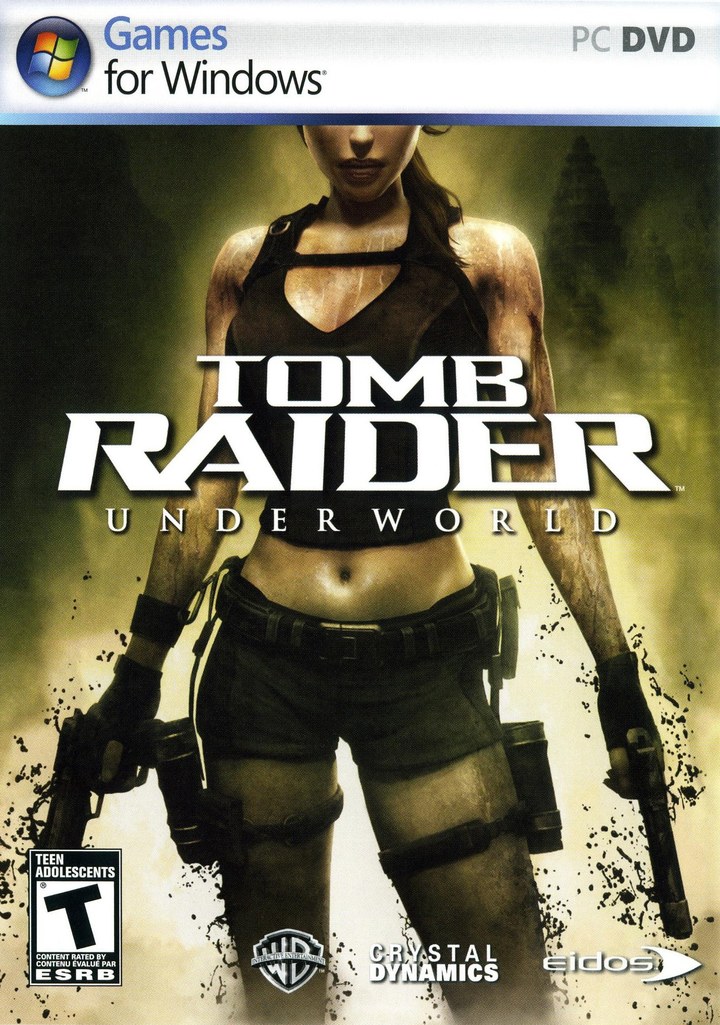 Tomb Raider: Underworld begins where its predecessor left off, with Lara Croft searching for the mythical resting place of King Arthur, Avalon. Underneath the Mediterranean Sea Lara discovers Thor's gauntlet and then has an encounter with an old enemy, Jacqueline Natla, who has been imprisoned by Legend's antagonist, Amanda Evert.

Tomb Raider: Underworld begins where its predecessor left off, with Lara Croft searching for the mythical resting place of King Arthur, Avalon. Underneath the Mediterranean Sea Lara discovers Thor's gauntlet and then has an encounter with an old enemy, Jacqueline Natla, who has been imprisoned by Legend's antagonist, Amanda Evert. Natla tells Lara that the Norse underworld, Helheim and Avalon are one and the same and that she will need to find Thor's Hammer to open the Underworld. Lara soon discovers to find and wield the hammer she will have to find Thor's other gauntlet and his belt, to retrieve these artefacts she must explore underworlds all around the globe, facing the creatures, traps and puzzles that guard them. However, Lara discovers that Helhiem may contain a powerful weapon that could put the world in danger. Lara also finds herself faced with a doppelgänger of herself created by Natla, who burns down her house and kills one of Lara's assistants, Alister Fletcher. After finally completing her quest to find Mjolnir, taking her from the Mediterranean to Thailand to her own Manor to Central America then finally to Jan Mayan Island, she goes to Natla one more time and threatens to kill her if she doesn't tell her where Helheim is. Natla gives her the coordinates, but states that she knows the sacred Ritual of Odin, which partially opens the gate and allows Mjolnir to finish the job. Here Amanda enters, but before she and Lara can start fighting, the Doppelgänger takes Amanda and throws her down a shaft. Lara almost kills the Atlantean, but stops herself and simply releases her, letting Natla fly ahead to Helheim, beneath the Arctic icecap. With the ritual performed, Lara uses Mjolnir and enters Helheim, battling her way through hoards of Thralls, reanimated corpses of men and yetis protecting the secret at the heart of the city. Along the way, Lara encounters and shoots her mother, who has turned into a Thrall herself, and Natla reveals the true extent of her manipulation of Lara, even going back to when the Atlantean killed Lord Richard Croft when he saw Natla's intentions. Natla goes, saying '[she has] a serpent to raise', leaving the Doppelgänger to kill Lara. Amanda saves Lara's life and Lara pursues Natla, who is activating an ancient doomsday device called the Midgard Serpent, which could cause massive volcanic activity across the whole planet and destroy most of humanity, leaving Natla to be the ruler of what's left. Lara successfully destabilises the device and while Natla desperately tries to repair the damage, Lara throws Mjolnir at Natla, sending her down into the pool of deadly Eitr below and bringing the Midgard Serpent down with it. But this causes the pool to slowly rise and, as Amanda comes round from holding off the Yeti Thralls, she states the legend of Thor and the Serpent, ending 'We'll die here, just like your mother'. Lara suddenly sees a dais like the one that brought her mother to Helheim and together Lara and Amanda repair and use it, teleporting into the temple in Nepal. Lara and Amanda have one final face-off, before Amanda walks away and Lara bids one final farewell to her mother, then too departs