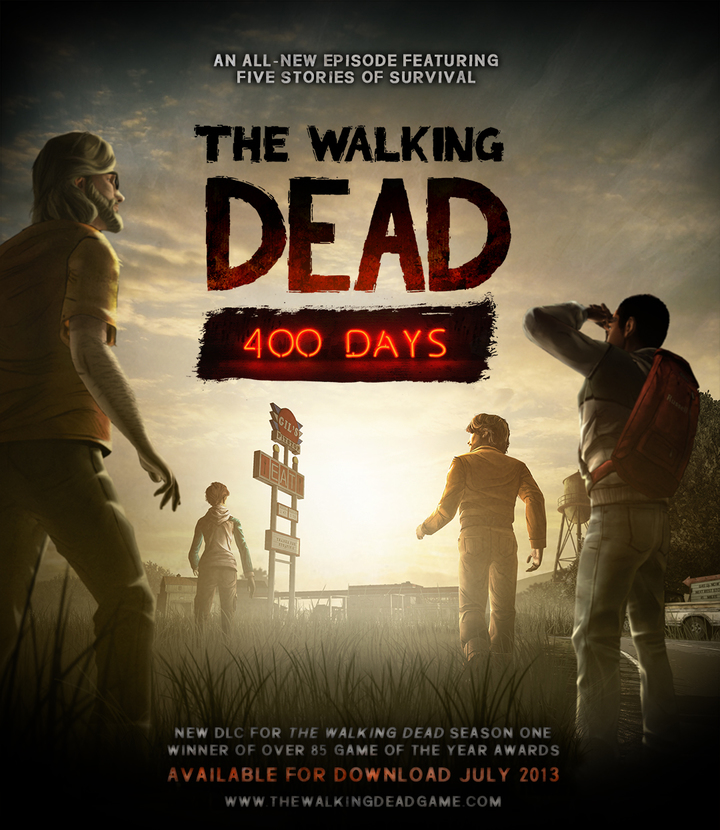 The character story's include:

Vince (Anthony Lam) who has been sentenced to prison for murder which he had done to help his brother sometime prior to the outbreak. On Day 2 of the outbreak, Vince is on a the prison-bound bus when it is ambushed by walkers. He manages to escape, helping one of his fellow prisoners as well while forcing to leave another behind.
Wyatt (Jace Smykel) his friend Eddie (Brandon Bales) have just stolen supplies from a dangerous car chaser and are fleeing in a car on Day 41 of the outbreak when they run over an unknown individual in a dense fog. One of them gets out to check on the damage to the car and the fate of the injured person, but the other one flees in the car, abandoning their friend.
Russell (Vegas Trip), a teenager traveling by foot to try to see if his grandmother is safe. On Day 184 of the outbreak he hitchhikes and is picked up by Nate (Jefferson Arca) who is distrustful of strangers, but he takes Russell to a nearby gas station and truck stop. The two explore the stop for supplies coming across an older couple, Walter and Jean, who Nate prepares to kill, while Russell deliberates on helping or not.
Bonnie (Erin Yvette), a former drug-addict, has joined with married couple Leland (Adam Harrington) and Dee (Cissy Jones), Dee suspecting that Leland is becoming attracted to Bonnie. On Day 220 of the outbreak they are discovered by the survivors that Dee stole supplies from, forcing them to split up into a corn field. To protect herself, Bonnie attacks an approaching shadow with a farm tool, shocked to find it was actually Dee, who believes she purposely attacked her as she dies for her husband. Bonnie must determine whether to tell Leland the truth or not.
Shel (Cissy Jones) and her younger sister, Becca (Brett Pels) have joined a large group who have acquired the truck stop some time after Russell's story and were the same group Dee stole from in Bonne's story. Several members of the group are also former cancer patients who Lee encounter in Episode 4 of the main story and who stole Kenny's boat. Roman holds tight control as the leader of the group, and when Roberto, a scavenger, attempts to steal from the group on Day 236 of the outbreak, Roman debates whether to have him kill the scavenger or let him go and risk their safety, making Shel give the deciding vote. Sometime after on Day 259, the consequences of her choice have splintered the group's security or positivity. When another group member Stephanie (Dana Bauer) is caught stealing supplies, Roman asks Shel to kill her, leading Shel to consider either going through with it or fleeing the camp with Becca.
The five stories culminate in a final scene on Day 400 where Tavia (Rashida Clendening) discovers photos of the five on a billboard near the now-overrun truck stop, along with a map to a nearby location. There, she finds the survivors, and offers them sanctuary nearby. The choices the player has made will determine which members join Tavia or remain behind.