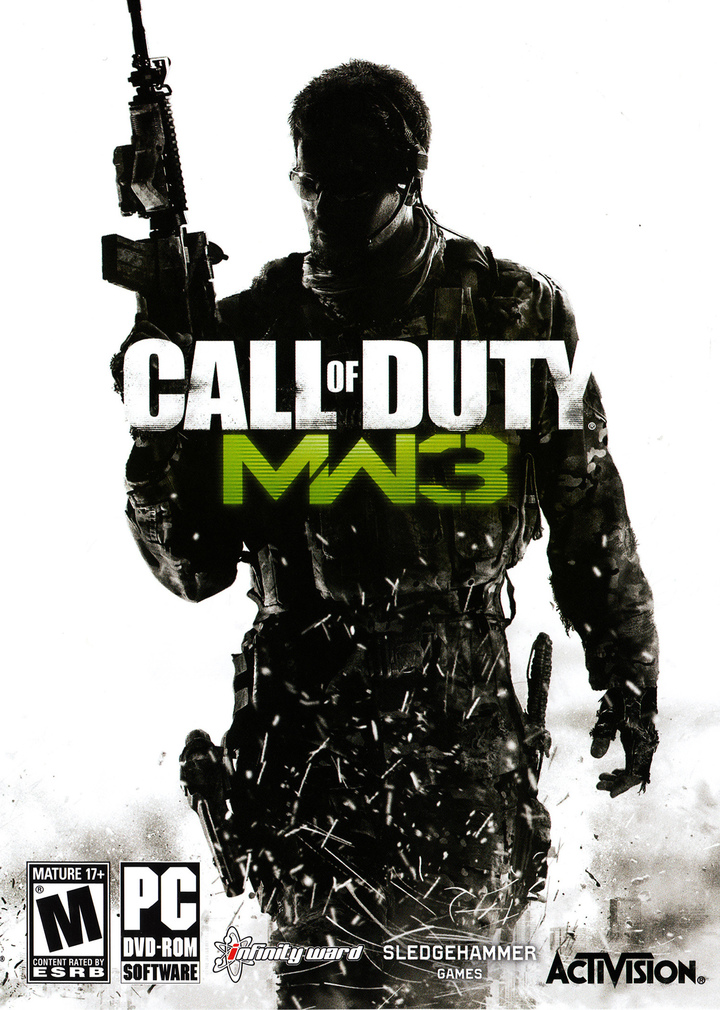 Hours after killing General Shepherd, Captain John Price and Nikolai evacuate a dying John "Soap" MacTavish from Site Hotel Bravo, Afghanistan, to a safehouse run by Nikolai’s allies in Himachal Pradesh, India. While Soap receives medical attention, Vladamir Makarov's forces storm the safehouse in an attempt to kill the three. An ex-Spetsnaz soldier, Yuri, aids Price in giving Soap medical help, and with securing a safe route to an extraction point out of the country. Together, the four are all that remains of the disavowed Task Force 141. They follow Makarov's trail to an arms deal in Sierra Leone and a warlord in Somalia as chemical weapons are distributed to Paris, Berlin, and London.

Meanwhile, the Russian invasion of the United States continues, culminating in the Battle of Lower Manhattan, New York. The actions of the Delta Force team callsigned “Team Metal”, including Sgt. Derek "Frost" Westbrook, Grinch, Truck, and their superior officer Sandman, facilitate the Russian withdrawal from New York. While this is going on, Russian President Boris Vorshevsky announces plans to make peace with the United States at a summit in Hamburg, Germany. The plan is derailed when men loyal to Makarov kidnap him and attempt to do the same with his daughter, Alena. Thwarting a chemical attack on Paris, Team Metal locate Makarov in Prague. Price contacts MacMillan, his former mentor, now callsigned Baseplate for England's forces. MacMillan gives him intel on a warlord named Waraabe, located in Somalia. After torturing him, Waraabe gives Price, Soap, and Yuri the name of Mararov's new right-hand man, a French bombmaker named Volk, who is located in Paris. Price contacts Sandman with this info, leading to Delta Force raiding the Montmartre Hill in Paris. They capture Volk and are able to escape, at the cost of the Eiffel Tower's destruction. After torturing him, Volk reveals Makarov's location to Sandman, being in Prague in Hotel Lustig.

Once in Prague, Taskforce 141 meets up with Loyalist Kamarov to attempt an assassination of Makarov. However, the plan "goes south" when Kamarov himself is taken hostage and rigged with explosives. Price escapes just as Kamarov is blown up. Makarov reveals that he knows Yuri personally. Before Soap dies of his wounds during their escape, Soap tells Price that "Makarov...knows...Yuri..." After leaving his pistol behind with Soap's body, an enraged Price punches Yuri down a staircase and is prepared to kill him. Yuri explains that he was present with Makarov at Price’s assassination mission, the nuclear detonation in the Middle East, and the massacre at the Zakhaev Internation Airport in Russia. Yuri reveals that he'd attempted to prevent the massacre, but was shot in the stomach by Makarov before he could stop it. However, he is able to reach the airport floors and tries to go after Makarov, but falls unconcious, and is later found by medics. This convinces Price that they are fighting for the same thing, and Price decides to keep his alliance with Yuri.

Learning of President Vorshevsky’s captivity, Price and Yuri alert Team Metal of an Ultranationalist plan to abduct Alena from a safehouse in Berlin. Team Metal are unable to prevent the kidnapping, but they are able to trace Makarov's Ultranationalists to a diamond mine in Siberia. Team Metal and Task Force 141 launch a rescue operation to save the Vorshevskys. Their actions ensure the safety of the Russian President and his daughter, and end the conflict between the United States and Russia. However, Team Metal is killed during the extraction, when the mine collapses on them.

With the war over, Price and Yuri track Makarov to the Hotel Oasis (loosely based on the Burj Al Arab in Dubai) in the Arabian Peninsula. On the hotel roof, Makarov attempts to escape on a helicopter, but Price stops him. Makarov prepares to execute Price, but it interrupted by Yuri; Makarov shoots Yuri instead. Price takes advantage of the moment and wraps a cable around Makarov's throat and smashing through the glass, resulting in Makarov's death. The game ends with Price lighting a cigar while watching Makarov’s hanging corpse.