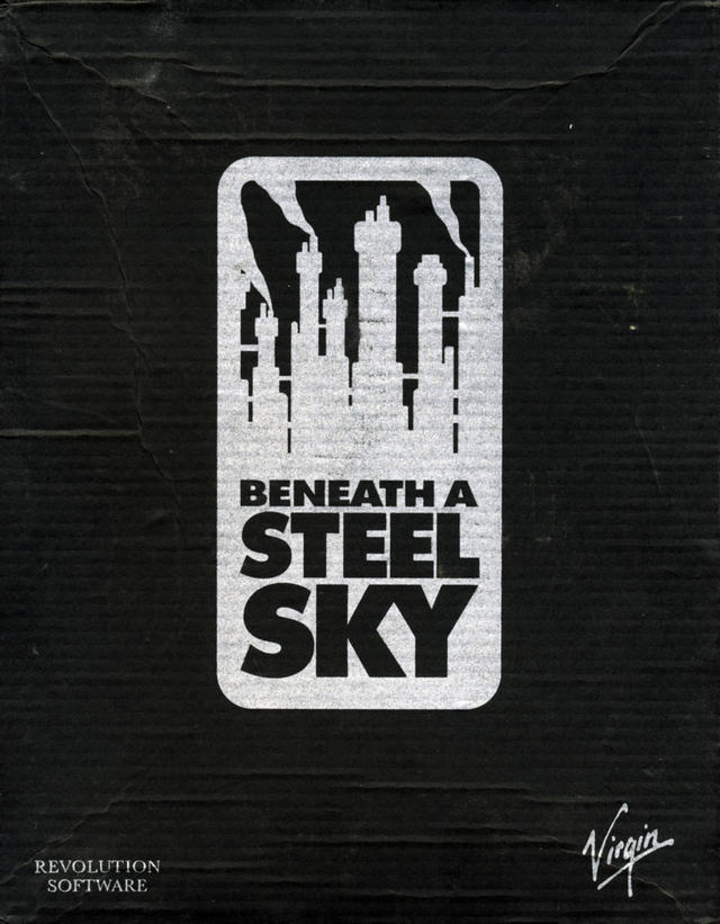 Beyond a Steel Sky

Beneath a Steel Sky is set at an unknown point in a dystopian future, when the Earth has been significantly damaged by pollution and/or nuclear fallout. In Australia, the six states and two territories who have been consumed by their respective capital cities are described as "city states".

Beneath a Steel Sky is set at an unknown point in a dystopian future, when the Earth has been significantly damaged by pollution and/or nuclear fallout. In Australia, the six states and two territories who have been consumed by their respective capital cities are described as "city states". Union City is the second largest of the six remaining city states after the acquisition of Asio-City. Within this socio-political milieu, the national intelligence agency ASIO wield a great deal of power. After the "Euro-American War", all participants agreed upon a set of ideals described as the "neo democratic principles" which remove all labour representation and social benefits. Ironically, those that subscribe to these principles are called "Unions", contrasting the real world definition of what a trade union pushes for. Those that oppose the Unions' ideals are called "Corporations". All of the City States in Australia are either Corporations or Unions. The larger political context of the game involves a conflict between Union City and the Hobart Corporation, whereby they are each trying to achieve market dominance by the use of sabotage. During the game, characters in Union City remark that Hobart Corporation is winning the "economic war" by flooding the market with "cheap, gimmicky garbage," although it is never clarified whether this is mere propaganda. Beneath a Steel Sky is a 1994 cyberpunk science-fiction point-and-click adventure game developed by Revolution Software and published by Virgin Interactive for MS-DOS and Amiga home computers. The game was made available as freeware for PC platforms in 2003. Set in a dystopian future, the player assumes the role of Robert Foster, who was stranded in a wasteland known as "the Gap" as a child and adopted by a group of local Aboriginals, gradually adjusting to his life in the wilderness. After many years, armed security officers arrive, killing the locals and taking Robert back to Union City. He escapes and soon uncovers the corruption which lies at the heart of society. Originally titled Underworld, the game was a collaboration between game director Charles Cecil and comic book artist Dave Gibbons, and cost £40,000 to make. Cecil was a fan of Gibbons's work and approached with the idea of a video game. The game has a serious tone, but features humour-filled dialogue, which came as a result of Cecil's and writer Dave Cummins's goal to find a middle ground between the earnestness of Sierra's and the slapstick comedy of LucasArts' adventure games. It was built using Revolution's Virtual Theatre engine, first used in Revolution's previous and debut release, 1992's Lure of the Temptress. It received extremely positive reviews at the time of its release and is retrospectively viewed as a cult classic and Revolution's greatest game besides Broken Sword: The Shadow of the Templars. A remastered edition was released for iOS in 2009 (as Beneath a Steel Sky Remastered), which also received a positive reception from the gaming press. Beneath a Steel Sky is a 2D adventure game played from a third-person perspective. The player uses a point-and-click interface to interact with the environment and to guide protagonist Robert Foster through the game's world. To solve puzzles and progress in the game, the player collects items that may be combined with one another, used on the environment, or given to non-player characters (NPCs). The protagonist converses with NPCs via dialogue trees to learn about the game's puzzles and plot. Clues and other information are obtained by clicking on items in the inventory and on objects in the environment. Unlike in most adventure games at the time, the protagonist's death is possible, after which the player starts from the last save point. In the remastered iOS version, the point-and-click interface is replaced with a touch user interface, a hint system is added, and hotspots are highlighted.